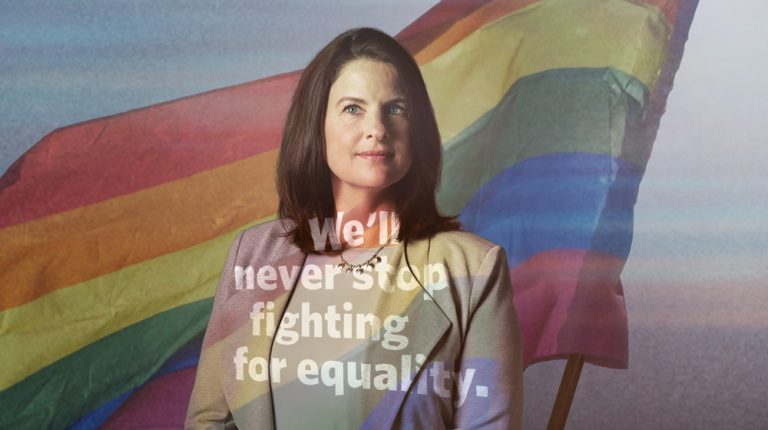 Our place in the world

The Department of Psychology ranked 12th in the world and first in Canada in the 2019 subject rankings by Times Higher Education (THE). The 2019 psychology rankings includes 463 universities, up from 101 in 2018.

The Department of Psychology ranked 16th in the world and first in Canada in the 2019 QS World University subject rankings.

Dr. Frances Chen’s research on health and social psychology is featured in a Canada Foundation for Innovation campaign.

Dr. Kalina Christoff was appointed Interim Director of the Peter Wall Institute. ​Dr. Christoff has a long-standing relationship with the Institute, having been an Early Career Scholar in 2005, and a Wall Scholar in 2017.

Dr. Toni Schmader‘s research on gender stereotypes and implicit biases was featured in UBC’s national advertising campaign, called ‘The potential is yours.’

Dr. Peter Suedfeld received the nation’s highest honour, an appointment as Officer of the Order of Canada, in recognition of his remarkable achievements and contributions to Canada. Dr. Suedfeld was also awarded the Lawrence J. Burpee Medal by the Royal Canadian Geographical Society for his outstanding contribution on making Canada better known on a national or international level.

Dr. Luke Clark received a renewed investment of $1.36 million over five years to extend the impact of the Centre for Gambling Research at UBC.

Dr. Richard Aslin was the distinguished speaker for the 2018/19 Quinn Memorial Lecture. Dr. Aslin presented his research Learning and attention in infants: The importance of prediction in development.

Dr. Steven Barnes and the Collaborative RESearch Team to study psychosocial issues in Bipolar Disorder (CREST.BD) were recognized with a Gold Leaf Prize from the Canadian Institutes of Health Research for their leadership in patient engagement initiatives.

Dr. Elizabeth Dunn delivered a TED Talk on the nuances of achieving happiness.

The department hosted Dr. Brian Nosek for an evening of stimulating discussion on the rewards of open science. 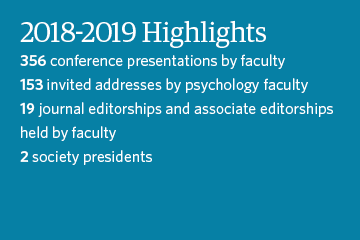